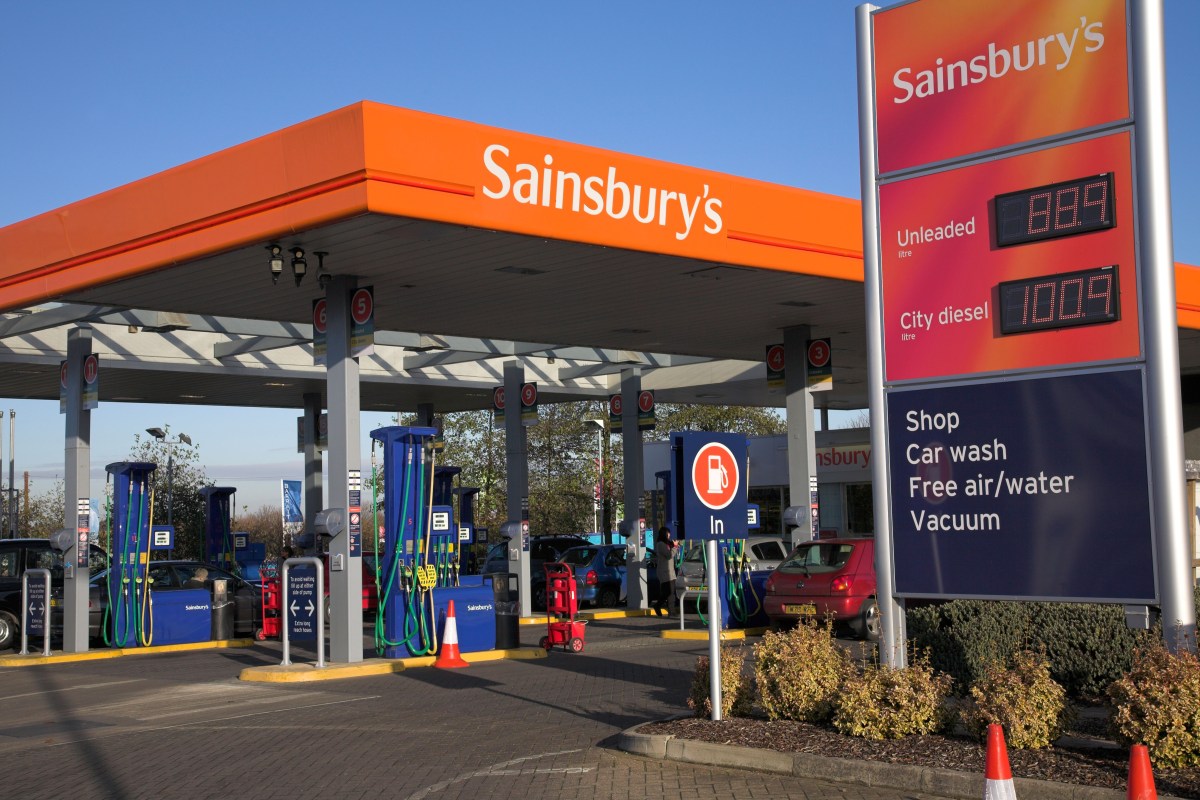 DRIVERS have criticized Sainsbury’s over the supermarket’s new pay-at-the-pump rule which can see up to £100 held in their bank accounts.

Some have complained that it puts more strain on their finances in the event of a cost-of-living crisis, as the money is reserved in their accounts for 48 hours after they put in their fuel – in order to ‘clear’ their purchase.

The new cheques, which are in place in several supermarkets, hold the cash during the transaction – even though they only put £1 worth of petrol.

They are there to ensure customers have sufficient funds in their accounts to cover the cost of gas.

One customer said the practice bothered him because he was unable to pay for purchases after his card was declined.

The van driver, who wishes to remain anonymous, said the pump took £60 from his card and then booked a further £100 when he was at a Sainsburys in Leicester on February 11.

He then went to another store to do some shopping but was forced to leave the items as his card was declined.

He told the Leicester Mercury: “I had to leave what I was going to buy. It was embarrassing.

“When you pay at the pump it says £99 but Sainsburys is holding £100 which is more than it says on the screen.

“I know it’s only a pound more, but for him to hold the £100 and charge me extra, instead of deducting the cost of fuel from the money reserved, seems illegal. It’s illegal.” is criminal.”

The driver said the new rule put more pressure on customers when the cost of living was at an all-time high.

“Yes you get the £100 back but it can take 48 hours. It could be longer on weekends or bank holidays,” he added.

“Their new policy would put them overdrawn, so not only would the customer not have the money, but they would also have overdraft charges to deal with that weren’t their fault.

“All at the same time, everyone is in financial trouble with everything going up – they’re taking more money than they’ve declared.”

The money is said to be held only temporarily until the exact amount you fill is charged.

Usually it’s right away, but some drivers have also found that it takes longer and the money can’t be spent.

A Sainsbury’s spokesperson previously returned the Mercury to Visa for comment.

A Visa spokesperson told The Sun: “Pay-at-the-pump has been enabled for all cardholders, which means more drivers can access a more convenient way to pay for fuel and benefit from the new system.

“The funds check will never be taken from your account.

“If your account balance is less than £100, for example £20, this will be communicated to the fuel pump by your bank, which will dispense that amount of fuel.

“This means the pump will automatically stop once you have reached the approved amount (or sooner if you choose to dispense less).

“It’s called a ‘partial permit’ and ensures you can get the fuel you need.

“This should happen almost instantly, but it can sometimes take a little longer. Please contact your bank if this does not happen.”

Previously, some Asda customers were confused by the fees, as well as Morrisons buyers.